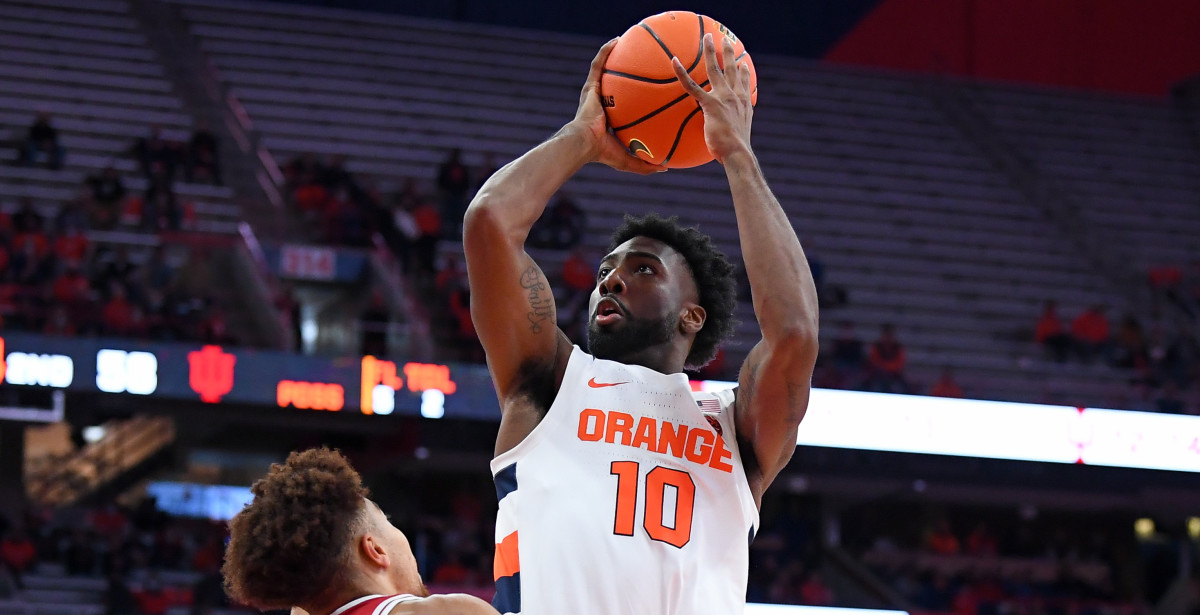 Syracuse fell 76-71 to Florida State on Saturday, dropping the record to 8-9 (2-4) on the season. Here are five takeaways from the game. 1. End of Game

Some really good points. I thought Symir played really well also, beyond the stats. In the second half I focused on watching Joe and Symir on defense and the difference was like night and day. Joe's defense in the second half was abysmal, the worst I've noticed from him this year. He spent some possessions just kinda hanging out around the foul line while they were lighting us up from three, and he never got out on a shooter to make it a tough shot. Symir, on the other hand, was using his speed to get out on shooters and still was able to drop down near the basket and help inside, even creating a turnover once. Symir is one of the fastest players Syracuse has ever had, and he's very aggressive on both defense and offense. Sometimes that aggression combined with his speed can get him into trouble on offense, but it's nothing but a positive on defense.

Girard has not been the same player since he had covid. Maybe that combined with his asthma has taken a toll again this year. I thought pre-covid he had been our best offensive player in most games, given his limitations. But since covid he's more like he was last year. Things could get rough from the fans if he isn't able to pick up his game soon and help us get some wins.
You must log in or register to reply here.
Share:
Facebook Twitter Reddit Pinterest Tumblr WhatsApp Email Share Link
Visit the Sports Illustrated Syracuse site
Top