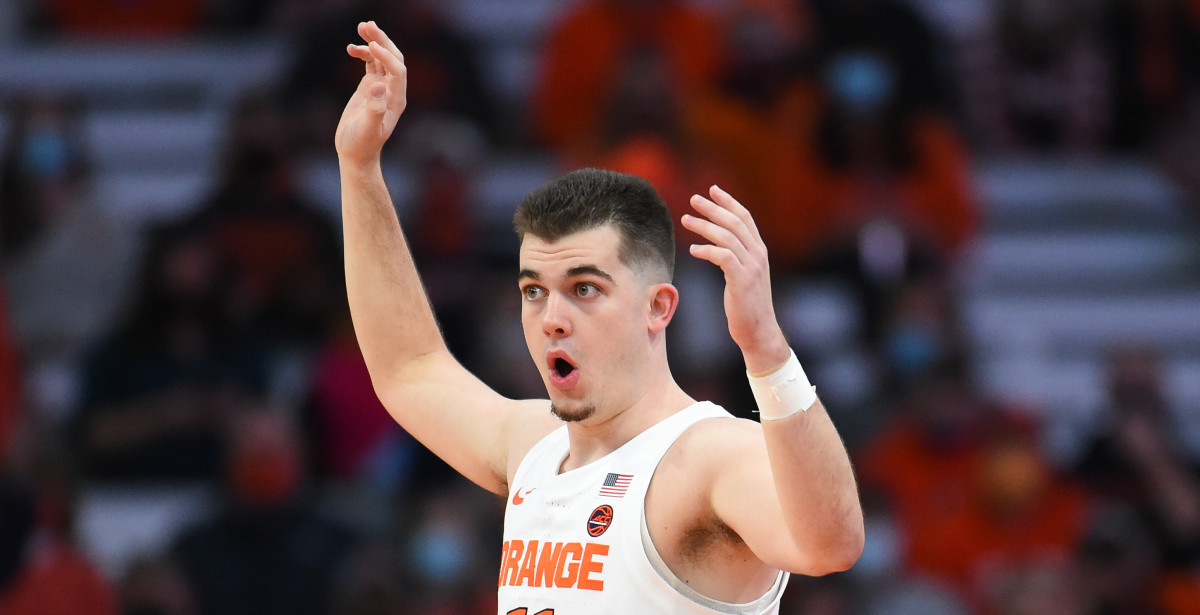 What to make of the Orange's win over the Dragons.

Early takeaways from this team after watching. This may be the most fundamentally sound team we've had in a long time, and they're sneaky athletic. Jimmy Boeheim the tres is definitely a legit P5 player, and it makes me so happy to see 2 Boeheim's out there on the court. They're a very cohesive unit, and this is the kind of team that can make a 6 game run in March. I know that sounds extreme, but the amount of experience and shooting this team has is unreal. I'm not saying we're even going to be ranked all year, but this is a Virginia-esque team that can go off on any given night. Really excited for this season, and I'd love nothing more than for JAB to win a natty with both his boys and ride off into the sunset. What more would he have to prove at that point?
C

Also, that Drexel team is not a bad team by any stretch in my opinion. I know we won by 15, but that easily could have been a 25 point victory. If that team we saw in the 2nd half can be consistent....oh baby, buckle up cause it's gonna be fun.