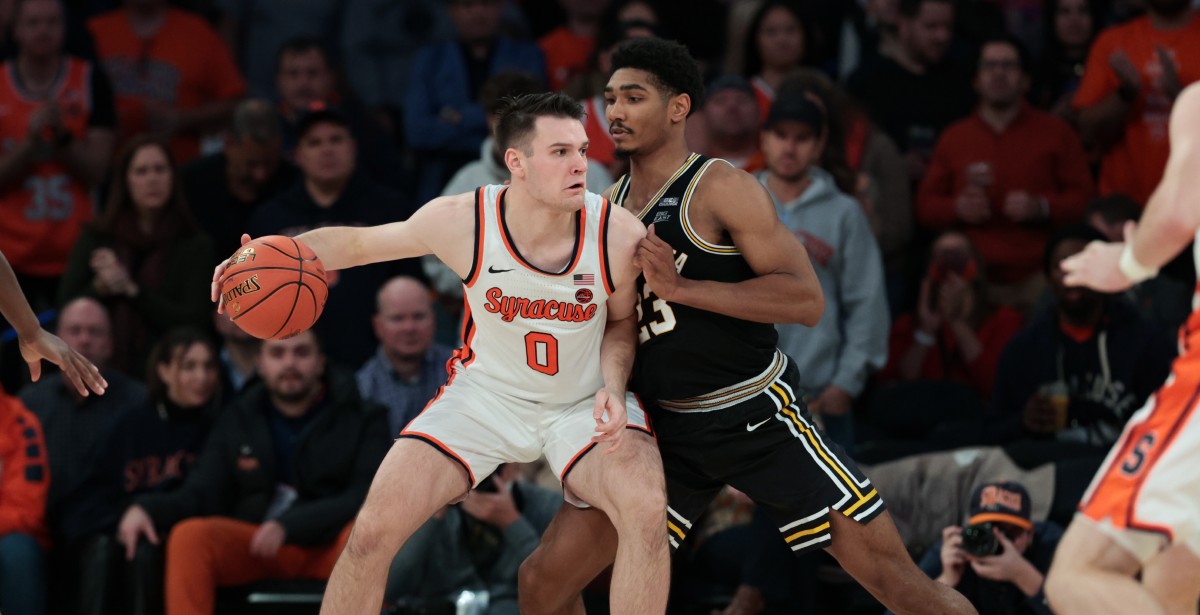 What to make the of the Orange's loss to the #6 Wildcats.

The rebounding stats were terrible and cost us the game, but to me there's another number on the stat sheet that's just as bad--4. SU had four assists for the entire game. On 20 field goals. We're all the way down to the Mendoza Line when it comes to creating buckets for others.

We are mostly a lineup of jump shooters that's too often reduced to being an iso team. Villanova and Colgate are two perimeter-oriented teams who get their shots by moving the ball quickly, primarily by passing it. SU had a pre-season game where we had 23 assists on 27 buckets. But often our offense now is a lot more dribbling than passing.

I thought our defense in the first half was easily the best we've seen this season. It was extremely active, with fast feet and hustle from everyone. We trapped more than we have all season, sometimes even with three guys smothering the guy with the ball. But from the very first possession of the second half, that intense defense wasn't there. It was probably too much to expect the guys to continue playing D with so much hustle. The starters are out there almost all game.

Girard's best playmaking this season has been floating passes to Jesse on the pick and roll, where we've been very successful. But Villanova's quick, aggressive defenders were waiting for the ball with Jesse, often wrestling it from him. Jesse had a lousy game on the offensive end, with much of it being because of the Villanova scheme to defend him and their personnel. But Jesse has to play stronger.

The Georgetown game is huge. We are 4-4 in out-of-conference play. Assuming we get the two wins following Georgetown, we will be either 7-4 or 6-5 in OOC. At 6-5, we would have to go 13-7 in the ACC to get to 19-12 and have any kind of a chance of an NCAA bid, or we'll need to go very deep in the ACC tournament, two things we haven't done in years.
You must log in or register to reply here.
Share:
Facebook Twitter Reddit Pinterest Tumblr WhatsApp Email Share Link
Visit the Sports Illustrated Syracuse site
Top