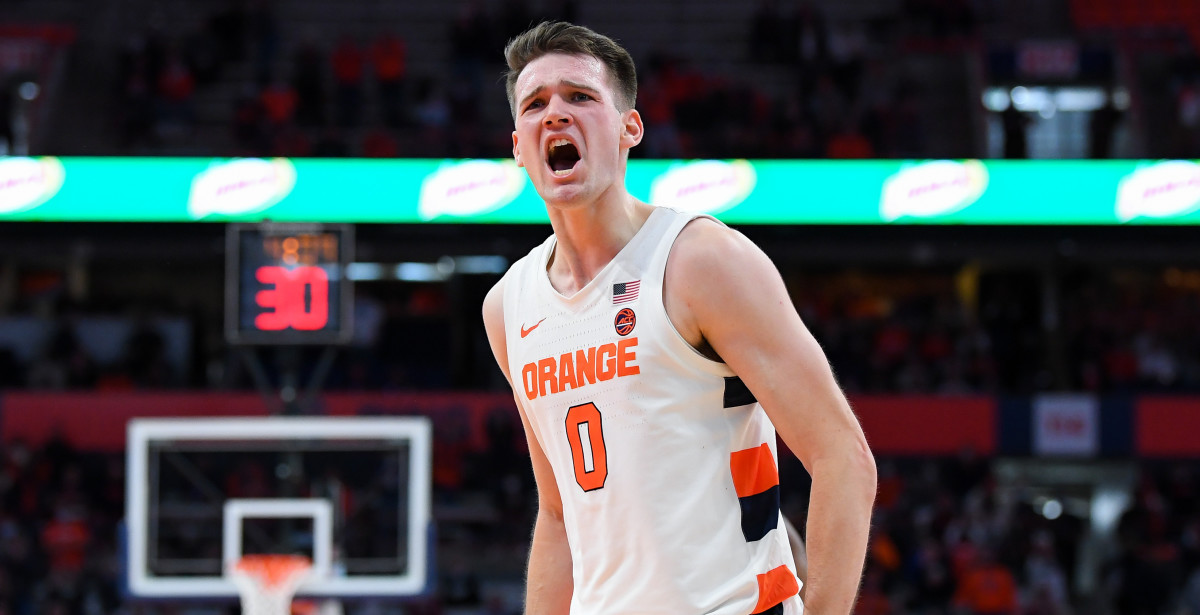 Syracuse basketball forward Jimmy Boeheim will petition the NCAA for a fifth season in order to return to the Orange for the 2022-23 season, head coach Jim

Look Jimmy's nice and all but this would be really bad for them moving forward. You need to focus on developing Benny and the incoming class. We need to get more athletic
C

If he gets it, does this potentially impact the status of any of our recruits? Would hate to lose Bunch or Maliq over this, think they are the types of athletes we have been missing as of late.

Please No. I can't take another year of this.

Cusealum05 said:
If he gets it, does this potentially impact the status of any of our recruits? Would hate to lose Bunch or Maliq over this, think they are the types of athletes we have been missing as of late.
Click to expand...

There is definitely a large contingent of fans that would much rather go with the young, inexperienced guys, potentially have growing pains with a younger team (JG3 and Edwards would be the primary vets), and go from there.

Nope not interested, I’m ready for something fresh here

If Jimmy were to come back as the 6th man playing 20 minutes, fine. But if he’s back in the starting lineup? Jesus.

Expect another disaster of a season.
S

This makes me think Buddy is coming back

SamCho said:
This makes me think Buddy is coming back
Click to expand...

I’ve seen a few suggest this. I’m not as convinced but it’s not a ridiculous thought.
T

Mike, what do you make of Boeheim's comments that he won't want more than 11 players? Even if Buddy, Jimmy, and Cole all leave, we very well could have six returning players plus the five freshmen. Holding to 11 means two new starters either from the freshmen or Symir. I've long assumed we would get at least one starter from the portal. Hard to see having so much faith in the freshmen's ability to step right in and start.

And put me in the mildly disappointed group when I first heard of Jimmy maybe coming back. I like him and he is the scorer we would have to look for in the portal, but we need to get back to being a quick athletic team that can play the zone like we used to, covering the court, defending the rim, trapping and creating turnovers and runouts. I'm ok with one defender who isn't well suited for the zone but we already have Girard. Not happy with the thought that both Jimmy and Cole could be back, neither is right for the zone and it's shown in the downturn in our defensive performance this year, and that's with the much-improved defense at center. They're not going to get quicker next year or become rim protectors. I'd be very happy with a returning Buddy because he's so good offensively.
You must log in or register to reply here.
Share:
Facebook Twitter Reddit Pinterest Tumblr WhatsApp Email Share Link
Visit the Sports Illustrated Syracuse site
Top