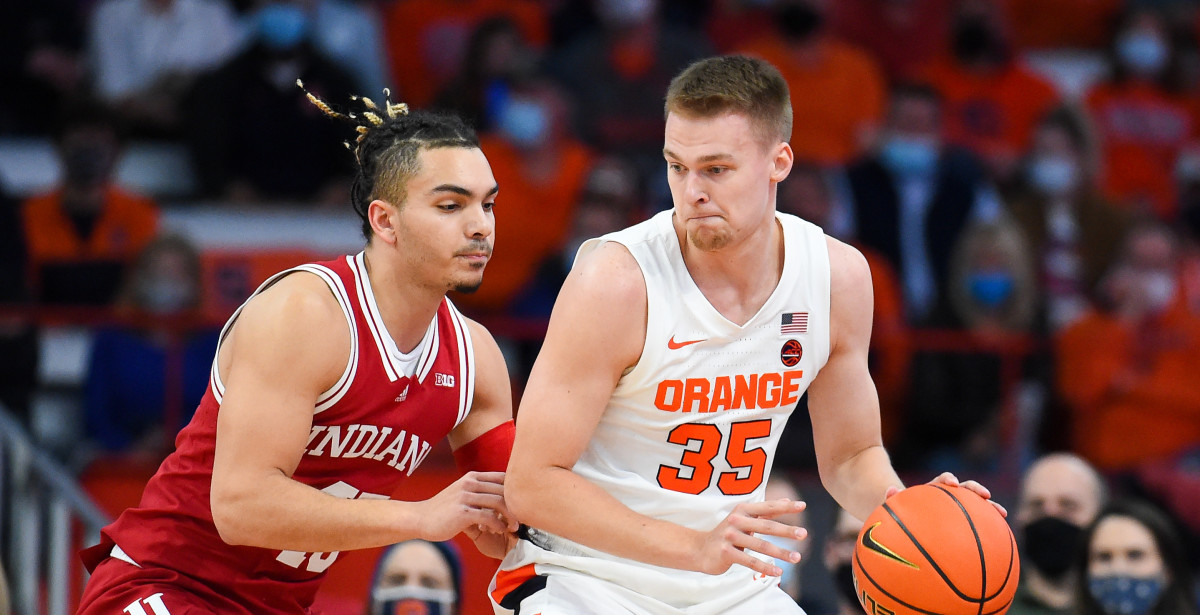 The Orange picked up its best win of the season on Tuesday.

SamCho said:
Glad they won but pretty bummed (again)….Jimmy for Cuse mayor…he’s too aggressive but isn’t (and actually we need him to do what he does which is crazy). Cole I think will get better and I do believe that (but DANG he’s not good rn). I get the strategy to drive but the movement sucks on O. I’ve given JG3 ‘my support’ to work through it but not impressed (4 first half TO)…he hit big shots so I get why he’s in there but thought Sy made us look better as a team…he apparently missed a D assignment but I think he’s the better PG. Benny isn’t ready but glad he’s out there. Frank isn’t ready but I’m a fan. And Jesse is beyond team MVP. This season is tough to watch - they don’t know how to win - they try to win. I think they’ll make it to the tourney (I hope) but dang…this is tough and rough. This feels like JG3 freshman season but they had Hughes (Hope Buddy takes over). I’ll continue to care altho I tried hard to turn it off. LOL.
Click to expand...