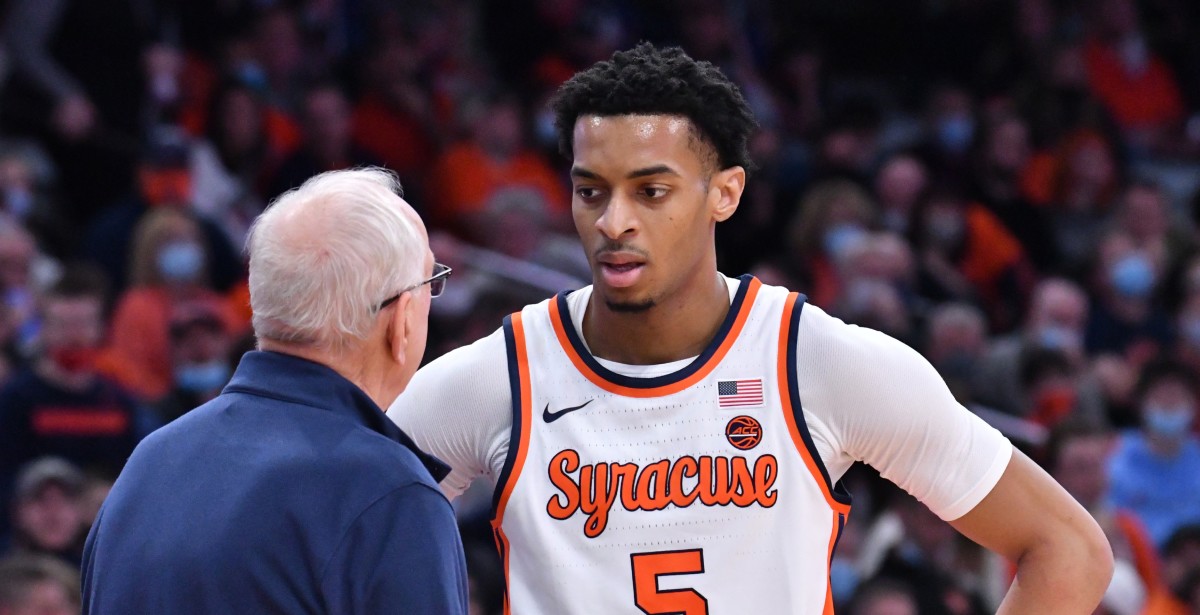 What to make of the Orange's loss against the Hoyas.

Yep, it’s time to panic. Or just accept we’re not very good and won’t be making the NCAAs this season. If we can get by Cornell, we will finish 6-5 out of conference. A 12-8 ACC record will likely land us in the NIT. But we haven’t finished more than two games above .500 in the ACC in eight years. 18-13 in about the sixth best conference in the country probably won’t do the trick, even with a strong OOC schedule. There’s a lot of mediocre teams in the ACC this year, but most of them are better than Georgetown, and also bigger and more athletic. If we can’t beat a fringe top 100 Georgetown team, there’s no reason to expect we can beat NC State, Wake Forest, Miami, ND, etc. The team has to get a lot better by January 1 or the only outcomes in March will be either win the ACC tournament or go to the NIT or go home with a losing season.

The only way to get better is for Buddy and Cole to make more threes and our bench gets better and gets more minutes. The one sliver of sunshine is Swider is beginning to take more threes instead of mostly twos. Now he just has to start making them like he should. He’s been surprisingly better at other aspects of the game. He’s probably the second best defender in our starting lineup, which says little about him and everything about the lineup. Buddy still doesn’t get a lot of clean looks from three and he’s missing them when he does. As good as Jimmy has been as a scorer sometimes, he’s a disappointment on the boards and on defense. And he hasn’t been the playmaker I thought he would be.

There’s not much to say about our bench. Even when they play well it doesn’t matter much because four starters are playing 35+ minutes in competitive games. And those four have similar strengths and similar weaknesses. Although our biggest strength seemed to be three-point shooting, in yet another game our opponent made more threes and shot them at a higher percentage than we did.

Because of our starting lineup, Boeheim has already made drastic changes to his defense that he hasn’t made in decades. It’s probably time to make another drastic change—change the lineup. Start either Symir or Benny for either Jimmy or Cole. They don’t have to get starters minutes, but it might make for a more balanced team.
You must log in or register to reply here.
Share:
Facebook Twitter Reddit Pinterest Tumblr WhatsApp Email Share Link
Visit the Sports Illustrated Syracuse site
Top