Basketball Recruiting - Robert Wright's recruitment is about to take off

Robert Wright III averaged more than 18 points per game in the most recent EYBL session.

Seems like SU is pretty well involved with Wright early on, at least. He had a terrific sophomore year for NG!
T

Four-star Akil Watson is mapping out his visit plans and could soon check out an ACC program. 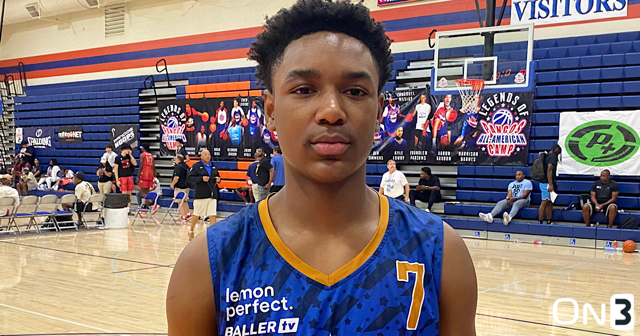 Rivals just updated their 2024 rankings. Robert Wright wasn't ranked before by rivals, now he's all the way up to 25. Well-earned, he seems highly productive in every game he plays. Cadeau is at 9, Freeman 24, Juni Mobley 45, Jadyn Harris 100, Darren Harris 101 and Elijah Moore 104. We've been mentioned as being in contact with the two Harrises and Mobley, no indication on whether the interest is mutual. Like Wright, Mobley is a smaller point guard who scores a lot and has been doing very well recently.

I watched a couple games of Darren Harris. He has a really nice looking shot, quick and easy. But he doesn't do much else. Little ball handling or rebounding, not especially athletic. He's on a team where the point guard completely dominates the ball and the offense, and Harris is only a catch and shoot guy. Maybe he's capable of more but I didn't see it when I watched. I haven't seen Elijah Moore play, but just from seeing a couple clips he seems to have more athleticism than Darren Harris and seems more of a gamer.
N

Ian Jackson at No. 1!! Queen took a bit of a fall. Not surprised about Wright.
T

Robert Wright playing with the U16 team.
T