Tommy DeVito Should Be Commended for Post Benching Approach 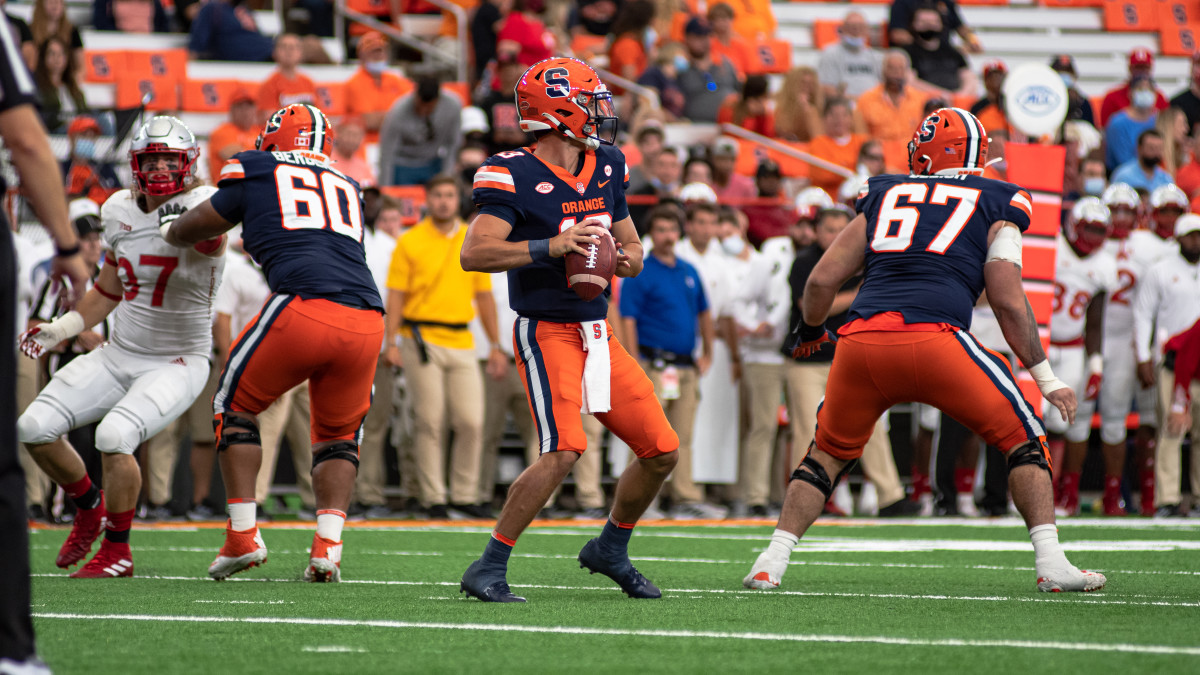 Tommy DeVito Should Be Commended for Post Benching Approach

The Syracuse quarterback is handling a tough situation with class.

This is who Tommy is. Great teammate. He’s always been a team first guy. In 2018 when we weren’t sure who was gonna start because Tommy got hot through a few games, but ultimately Dungey was named, Tommy was the first player to meet Dungey and dap him up after throwing a bomb. When Clay was named the starter in his final game in 2019, Tommy was the first one to meet him and congratulating him when he was walking off the field. Tommy was helping Jacobian. Tommy has been actively helping to recruit other quarterbacks. And now he has committed himself to not be a distraction in his toughest situation so far. How many kids would not have shown up for the interview with Axe? How many would have immediately entered the portal? Especially since at the time Shrader was named the starter, most fans thought Tommy had played better to that point. He’s committed himself to being ready if Shrader goes down. That’s maturity.
You must log in or register to reply here.
Share:
Facebook Twitter Reddit Pinterest Tumblr WhatsApp Email Share Link
Visit the Sports Illustrated Syracuse site
Top